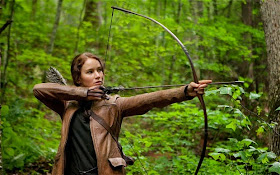 This post focuses on the University of California's budget situation, but it is broadly applicable to public colleges and universities across the country.   More evidence of the national pattern came in this week, with reports of Moody's negative outlook on higher education's finances.  The Chronicle of Higher Education's Don Troop provided highlights of Moody's view of the overall sector.  UC reflects the convergence of all but the fourth of these trends.


Moody's also slapped UC with a minor downgrade, from the second-best rating to the third.

1. Did Tuition Hikes Make Up for State Funding Cuts?

As the UC Regents discussed the budget this week, the headline figure for California higher ed is the five percent public funding increase over last year. This has convinced most people that UC and CSU are getting a good deal from the state.  I've heard the same from some faculty, who tell me that UC is on the mend, and that we should stick to our work and let the economy recover.  Sadly, I don't see this mending in the Regents' budget documents.  What I do see is a hardening of the downward definition of public higher education through budgetary means, with no public debate.

The overall state picture is the same today as it was in November, when I wrote an overview entitled "The Old State Funding Model is Dead."  It is still dead, and if you are rusty on our current budgetary framework, you might want to (re)read that summary of the state government's perspective on UC and glance at the chart of the past fifteen years of budget trends.

In the coming year, UC will receive around $2.8 billion in general fund (GF) receipts, which is about $2.2 billion below where it would have been had its budget grown in step with state personal income after 2000-01 (I use UCOP figures here, page S-4).  That GF total now includes debt payments on UC's General Obligation (GO) bonds, which the state had formerly paid on its own, so operational GF receipts are more like $2.6 billion. This is exactly where GF funding was ten years ago--not counting for inflation or enrollment growth, which Jerry Brown has decided the state will no longer fund.  Proposed future state increases are too small to move the University much off this bottom.

The state has convinced itself that UC has made up for state funding cuts with huge tuition increases.  But as big as they are, they haven't replaced the cuts.  UC grossed $727 million in tuition in 2001-02 (Table 1, or about $1 billion in current dollars) and about $3.2 billion this year (same table), for a gain of nearly $2.2 billion in today's dollars, which seems at first to make up exactly for the GF cuts since 2000-01.

But the net tuition gain is under $1.5 billion after financial aid is taken out, so we now have a net loss of $700 million.   Throw in enrollment growth of 55,000 students, which is the same as having added two additional UCSB campuses (and not just one hamstrung UC Merced).  UCOP continues to claim that they spend $19,590 per student, but let's say they only spend a third of that: we've just added $330,000,000 in additional operating costs and pushed the net loss in the GF-tuition swap to well over $1 billion per year.   In other words, tuition increases have only made up for something like half of the state cuts.  UCOP's claim, with somewhat different assumptions, that tuition increases have made up for about one third of the state funding cuts, is also plausible.

Public universities, in short, did not have a "tuition option" for solvency even when they could raise tuition a lot--which they no longer can.

The current public university path, if UC is an example, is a perverse combination of austerity and structural deficit. It is perverse because the only good thing ever alleged about austerity is that it pays down deficits, whereas this kind of public university austerity will not.  Perverse austerity is conventional wisdom in many lands, as Paul Krugman has tirelessly pointed out.  In Austerity: the History of a Dangerous Idea, Mark Blyth argued that austerity isn't about fixing its target institutions--like public colleges--but about hurting those institutions in order to help others--like banks.  UC austerity is about hurting UC -- or, more precisely, about defining it downward in part to lessen its budget claims.

I'm making this point because another dangerous idea is for faculty, staff and students to sit back and let  projected economic growth fix the university.  It won't.  All Regents budget documents now contain sentences like this:


Given the funding shortfall, campuses will need to weigh and balance among competing priorities with the understanding that there is not enough increased revenue to fund mandatory cost increases, let alone the other high-priority costs identified in the November budget plan.

The is the equivalent of the older, tactful Surgeon General's warnings about smoking cigarettes: "this budget may be hazardous to campus health."

OK, this is not big news for those of us who've been following this for years.  But there's something poignantly revealing about the documents this month.  The state offers small bits of funding to UC here and there, mostly on a one-time basis, for specific projects, normally known as earmarks.  A particular one-time item, $50 million in supplemental funds based on higher-than-expected property tax receipts, was cancelled by the governor before the Regents had a chance to celebrate it.

The state's point may be that the pension is UC's problem because the UC Regents created it, with their two-decade pension "holiday" in which neither employer nor employee made contributions.  But it's not like the state wants to force accountability by naming names and cleaning house: Gov. Brown recently reappointed several long-term regents who among other things were directly involved in this ongoing lack of basic fiduciary responsibility. I assume that the pension liability helps Sacramento keep the financial dunce cap on UC's head, forcing humility in its budget demands.

A major result of the university's political weakness and the resulting austerity is more institutional borrowing.   A normal sign of an improving economy is that institutions start paying down the debt they accumulated to get through a downturn.  That isn't happening here. UC needs to borrow to make its contribution to fully funding the UC Retirement Program (UCRP) by 2042.  It has been borrowing from its Short Term Interest Pool (STIP) for several years, and now wants to borrow another $700 million next year to make all of last year's (2013-14) planned payment.  Without getting into the weeds of this issue, I'd summarize UCOP as saying it still can't afford to return the pension, by 2042, to 95 percent of the level at which all liabilities are covered, without continuing to borrow. (Two weeds: UCOP is saying it can't afford "modified ARC" for that year on its own; and although the document claims faculty Senate endorsement, this plan appears to be less than the Senate's call for 100 percent liability coverage by 2042).  The pension is set to be significantly underfunded for most of the next thirty years. It will be a permanent political target and a burden UCOP will set against operating funds, with the likelihood of future liabilities incurred to pay down the pension liability.

The sadder example of ongoing debt is the request for "external financing for the UCPath project." UC Path was UCOP's flagship solution to UC inefficiencies that were allegedly wasting taxpayers' money--in other words, new enterprise software for the systemwide consolidation of payroll and human resources functions.  This is boring, important back office stuff, hardly good material for a political campaign to show the state "UC means business," but that's what it became.  Rather than funding each campus's decades-old effort to upgrade its systems on its own, UCOP sought centralization, which predictably introduced new levels of cost, complexity, and inefficiency, since centralization is often not actually efficient.

I had heard nothing good about UC Path from people trying to implement it on campuses, and have tried to ignore it, but this week it has resurfaced as a problem at the Regental level.  The project timeline has grown from 48 to 72 months, and its costs are said to be $220 million (it had spent $131 million by May 2014) . Worse, the repayment schedule has mushroomed from seven to twenty years. Annual payments are to be something like $25 million.  Campuses are to be taxed to pay for 2015-era systems until 2035, which is like taking out a twenty year mortgage to pay for your refrigerator, except that your fridge will be working better in 2035 than next year's PeopleSoft product.  Since the concurrent budget document  notes efficiency savings of $30 million per year (top of page 4), UCOP may be spending $220 million to save a net $5 million per year over a couple of decades--and going into debt to do it.  In the end, an efficiency measure has turned into a literal liability.

Moving forward, I'm afraid that officials are going to have to get much better at admitting mistakes like UCPath, and then actually undoing them. I couldn't listen to the recording of the UCPath conversation, but Cloudminder made it sound like a lot of restrained finger-pointing with no solution in sight. Did anyone say, "well, this seemed like a good idea at the time, but it's not. Let's just cancel it, figure out where we went wrong, and come up with something better"?

A related issue is getting over the idea that technology will save us.  It won't. Technology is always a sociotechnical system, with people adding tacit knowledge, relationships, and much else that tech really can't replicate or replace.  Universities need de-bureaucratization, not more technologized bureaucracy.  They need organizational redesigns, including large scale simplification and task reduction.  That's where the real savings are, but it's not about pooling, herding, or firing people, but about first fixing the jobs that they're supposed to do.  Of course technology is part of the solution: it just can't decide organizational functions and purposes.

On the plus side, UC officials have gotten good at describing the funding shortage. In a recent op-ed, UC Berkeley's Vice-Chancellor for business and finance, John Wilton, bites the hand that feeds him micro-restorations:


Despite UC Berkeley’s [strong] performance, state funding has been cut more than half in real terms over the past decade. Consequently, “public” funding now accounts for only about 13 percent of our total operating budget. While this year’s state budget reflects a 5 percent increase, this results in a 0.6 percent increase in Berkeley’s total revenue. At this pace, it will take us until 2026 to reach the same level of state funding, in nominal dollars, we received in 2003.

This kind budget memory is helpful.

Second, universities have been testing the message that cuts damage educational quality.  I don't see any other issue that will get the public to care about X percentage of cuts vs. X minus Y percentage of restoration by year Z.  The only meaning the numbers have is students missing the boat to the next society because public universities can't give them cutting-edge knowledge and cognitive skills.   Mark Yudof said as much at a Regents' retreat almost two years ago, where he stated that cuts have meant "a quiet but steady erosion of our academic quality at almost every level.”

What we don't have but desperately need is a consistent public explanation of the educational quality problem, a clear articulation of the budgetary fix, and a mobilization of university communities, students' families, and the wider community. The time of change by political counternarrative has come and gone.  VC Wilton's ended his piece with a general exhortation: "We are in this together, and time is not on our side. We should all take up this cause now, before it is too late."  True. But were we to take up the cause, what would we actually do?
Chris Newfield at 5:16 PM
Share