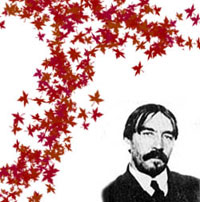 The Chronicle Review gave the title "Professorial Anger, Then and Now" to my essay on Thorstein Veblen's The Higher Learning in America, which has now been republished by Johns Hopkins University Press with a helpful historical introduction by Richard F. Teichgraeber III.  The piece is behind a paywall, so I'll say a few things out here.

Most things about academia angered Veblen on some level, like this very title about professorial anger which would have told him he was being relegated by Know Nothings to the status of entitled jerk.  It's true that what Veblen did was frosty, relentless, sarcastic critique, not blood and fire.

My piece outlines Veblen's four main arguments about why "the conduct of universities by business men" actually wrecked higher learning.  His point wasn't only that business folk engaged universities in competition for student market share that squandered resources, or that they twisted academic governance into oligarchy, though he did go into detail on these two.  He made additional points.  One was that business consciousness could not because of the game it played ever grasp or support academic research, like never.   He wasn't saying business people were dumb or evil. To the contrary, they were smart and cunning at a market game that Veblen insisted obeyed an essentially different logic than did unrestricted thought. To quote myself:


The business outlook was equally suspicious of originality. Chasing one another to provide the latest research in vogue, university administrators didn’t ask whether they had something original or special to offer. Their search for revenue led them to imitation, duplication, and the expensive enlargement of what Thomas Kuhn would later dub "normal science." They saw it, in Veblen’s analysis, as "‘bad business’ to offer a better grade of goods than the market demanded, particularly to customers who do not know the difference" — like the families of American undergraduates, who would believe almost anything in the hope of giving their children an edge. Veblen’s warning was that business opposition to scholarly standards of quality was not accidental or occasional, but intrinsic to business thought as such. Even administrators who started out as faculty members ceased thinking like professors and conformed to business logic.

In the essay I cover other dimensions of business thinking that Veblen saw as natural disqualifications.

I was equally interested in Veblen's detailed explanations of what academic reason actually is.  He worked quite hard to conjure forth the fragility and ephemeral nature of thought as it feels its way forward in the darkness. New ideas and surprising answers don't resemble research proposals or business plans for they emerge like movements in a dream.  He had quite a bit to say about the need to protect and serve thinking that was sufficiently unmanaged to produce real discovery and understanding in an economy that was trying to absorb everything into itself.

Prof. Teichgraeber writes about three decades of the "professor's literature of protest" that informed Veblen's critiques.  There was a professor's movement!  It had a result!--the founding of the American Association of University Professors almost exactly a hundred years ago.  The philosopher John Dewey presided. The AAUP's major issues--faculty freely communicating with governing boards, sharing influence over administrative hiring, controlling faculty hiring and grievance, and co-governing finances--are still up for grabs today.  During the post-World War II growth boom, universities enjoyed a kind of détente between faculty and administration, since most conflicts could be solved with program expansion and taking turns until all the players had a similar number of cards.  The allocation machine stopped working right: tenure track lines were converted to contingent jobs, which are now 2/3 of the higher-ed teaching workforce. A majority temporary faculty would have been incomprehensible to Veblen--if sadly typical of business's idea of a good efficiency.  This contingent-majority is now experiencing the intensification of senior management intervention into funding, governance, and education itself (Virginia, California, Oregon, Illinois, Louisiana, Wisconsin, North Carolina   . .). The post-war détente has come to an end.

Ironically this means that Veblen has more to say than ever.  End runs or overturning of faculty governace is being justified by Veblen's Nightmare--the apparently entrenched belief that business expresses universal reason that by rights presides over all human processes, including the making of knowledge itself.

To Veblen's Nightmare we can  add  Veblen's Vision, in which the scholars-scientists, recognizing that real research must be self-legitimating, finally write their own funding rules for the higher learning, and implement them.
Chris Newfield at 4:25 PM
Share