Will the Legislature Continue to Support a Research University? 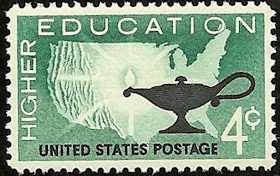 Understandably, most public attention on California higher ed has been focused on the meetings between President Napolitano and Governor Brown.  But in the last few weeks the Legislature and the Legislative Analyst's office have both attempted to intervene and shape the debate over UC funding.  To some extent these interventions may simply indicate the Legislature's desire to become part of a process they seem excluded from at present.  But they do suggest both a wider political context for UC and that UC faces a significant debate over the nature of the research university and how the state will conceive of its relationship to the research moving forward.

This debate is not, to be sure, limited to California.  As events in Oregon, Wisconsin, Louisiana, Florida, and North Carolina make clear, university systems are embroiled in both internal and external conflicts.  Although the fights are most immediately about money--often still in the mode of over-sized and politicized public funding cuts--they suggest issues deeper than short-term finances. As Chris and I have noted repeatedly, budgets are about values and what is at stake as 2015 are the values of the research university.

In this post I want to look at the staff analysis prepared for the February 18th, Assembly Budget Committee meeting on UC.  This Committee hearing was not the first effort by the Legislature to intervene in the UC debate.  But it lays out the terrain that we face and raises challenges to the ways that UC operates.

The staff analysis seems committed to challenging UC's claim that it has suffered from under-funding. It attempts to do this by demonstrating that UC spending has increased significantly in both the total and core budgets since 2007.  They do this both in absolute dollars and in comparison to other state agencies. (4-5) At the same time, they try to minimize the increased costs UC faces.  For example, they emphasize the small growth in undergraduate resident student numbers rather than addressing the growth in total undergrad enrollments, which makes it appear that UC has more money to spend per student than it would if the total was taken into account.

In particular, assembly staff press on the size of administration.  They highlight the fact that, as is the case across the country, the number of administrative personnel is rising at a far faster pace than the number of tenure-track faculty (8).  Unlike much public discussion, they emphasize the expansion of the Management and Senior Professional Group (MSP). The Committee staff are right to note how difficult it is to account for the administrative growth--especially in the MSP group where the greatest growth seems to have occurred.  I say "seems" because it is extremely difficult if not impossible to figure out exactly who is in the MSP, what job categories are included, where the individuals are located, and so on by using UCOP's publicly available data.  UC will always respond to questions about administrative salaries and costs by pointing to the Senior Management Group because it is small. But the MSP group is large and growing so the assembly is right to push on that. The opacity of this category is a serious problem for the University.

Exacerbating this expansion in administration is the rise in the number of high-salaried UC employees.  Whereas the budget committee analysts recognize that many of these are connected to medical centers or are athletic coaches (and therefore may not be state funded) it is clear that not all are. Indeed the number of UC employees earning over $200,000 has nearly doubled since 2007 (8). Two issues, besides the obvious public image problem, make this development particularly fraught. First, while the number of high salaried individuals has grown, UC has turned increasingly to the use of Lecturers for undergraduate teaching.  Since 2007, lecturers have increased by nearly 20% while ladder rank faculty has increased about 3% and the number of librarians has actually shrunk. (The number of SMG and MSP has grown in the same period by about 32%).  UC claims that it is essential that students be taught by scholars actively involved in research.  But UC's increased reliance on Lecturers undermines this claim.  (Many lecturers, of course, are engaged in research, but UC does not hire them to be so engaged.)  The University can't make a case that UC research is essential to UC instruction when it steadily grows the proportion of non-research instructors.

Beyond the immediate costs involved here there is an additional long-range issue: the burden placed on the pension system by high salaried individuals.  This leads straight into one of the most contentious issues raised by the budget committee analysis. It notes that whereas the State caps its pensionable salary at the social security limit of $118,500, UC follows a federal tax code limit of $265,000.  While the legislature does not demand that UC change its policy, it certainly implies that it does not see the justification for this choice.

Interestingly, the Budget committee staff challenge the University's assumption that it must always respond to salary markets. At several places they raise the question: why should UC be competing with private universities?  They are most explicit in terms of the administration.  As they point out, administrative salaries are now defined not only against other public universities but against the salaries of executives outside of the higher education world.  The justification for this is unclear.  But they are also skeptical about UC including private universities in the compensation comparisons for faculty.  Implied in their questioning is the idea that short of a mass exodus of UC faculty, the state may not want to remain bound to the ranking and reputation system of higher education.   It is not clear that they will push on this issue but it is possible.

Although the report never makes it explicit, one red thread concerns the relationship between research and teaching load at UC.  The report shows skepticism about the relationship between faculty research and teaching and suggests that the relative importance of the two needs to be rethought.  As committee staff put it in two questions (both at 13): "Does UC believe faculty are teaching enough? How does UC determine an appropriate faculty load?" and "Is it appropriate to include research activity within the instruction category? Should undergraduate students' tuition be used to support research if it does not benefit them?"  Put bluntly, the Committee staff seems to be asking why UC professors should be paid more to teach fewer courses than our CSU colleagues are expected to teach.   I don't think that the assembly necessarily wants to downgrade the research university. Speaker Atkins, for example, has shown a greater willingness to expand funding for the University than has the Governor.  But the analysis clearly questions the present balance between teaching and research.

I suspect that this report is simply the opening gambit in a long struggle over the question of research and the administrative and financial burdens that come alongside of it.  Given the political pressures to improve completion rates and reduce the time to degrees, the status quo is not going to survive indefinitely.  If UC does not rethink its administrative structure and if we do not more consistently prove that research actually enriches the learning of undergraduates we will be ever more vulnerable to the sort of mechanistic solutions favored by the Governor--shorter degrees, more online, greater uniformity in course offerings.  No one should want that.  We are all going to have to revitalize the research university as a learning institution if we want to continue to secure public support.