Restoring the Promise of Higher Education: A Problem California Can Solve Now 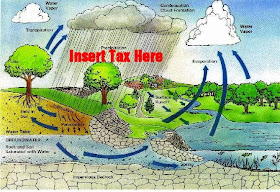 By Stanton A. Glantz, Professor of Medicine, UCSF

Chris here: This piece was written for a daily newspaper. There would be a much better public discussion, or what we used to call in the fifth grade "a fair fight," if it and similar piece would actually appear in one of them.

Once, California had abundant water and few recognized the challenge of global warming.  . Governor Brown, recognizing that it is impossible to simply roll back the clock on these problems, is leading California to confront this changed reality  with enormous efforts that have uncertain outcomes. But there is one problem in which the governor could roll back the clock to when California worked better: higher education.

Now, after years of budget cuts and privatization, students are paying more for less.  The combination of high costs, increasing out-of-state students, and muddled Legislative policy is forcing students out of UC into CSU and the Community Colleges, which are, in turn, forcing the Community Colleges’ traditional students in to for-profit “colleges” that cost taxpayers billions and leave students with nothing but debt.

Unlike the drought and global warming, we could roll back the clock and solve this problem overnight if Governor Brown provided the leadership to do it.

Governor Brown appropriately has recognized that high tuition is a problem, but his response is actually making the problem worse.  He has started his Multi-Year Stable Funding Plan at the depths of the Great Recession when the schools were already terribly wounded. Then he has promised state funding increases for UC that are so small that when they are combined with tuition freezes they are actually further cuts, relative to inflation.  Rather than gradually rebuilding California higher education, this plan is a guaranteed slow bleeding to death of California’s public higher education systems.

Doing so would restore quality, affordability and opportunity to California’s students, wipe out almost all new student debt, and stop forcing students out of the community colleges into predatory private schools.

Pushing the reset button is affordable.   If done as an income tax surcharge, it would cost half of California’s families less than $31 a year and 40% of them under $10 a year.  (And it would only cost millionaires $5000.)

A coalition of stakeholder organizations representing students and employees across all three systems has come together to press not only for full funding but also for a re-commitment to the California Master Plan for Higher Education. Reclaim California Higher Education
(www.reclaimcahighered.org/) advocates for a return to the vision of higher education affordability, accessibility, and quality for all Californians.

This spring, its members are talking to legislators across the state, urging them to restore adequate state funding to higher education, starting with the pending 2015-16 state budget. Now is the time to implement both increased state investment and institutional reforms.  As the group stated in a letter to Gov. Brown in early March, “Tuition and administrative costs are skyrocketing, while enrollment of in-state students is not keeping pace with the needs of our economy. Our institutions of higher learning should, once again, be engines of economic growth and good jobs in our communities.”

Restoring the promise of California higher education is something that we can and should do.  And, unlike the drought and global warming, it is something we can accomplish right now.

Stanton A. Glantz, PhD, is Professor of Medicine and American Legacy Foundation Distinguished Professor of Tobacco Control at UCSF, vice president of the Council of UC Faculty Associations, and past chair of the UC Systemwide Committee on Planning and Budget
Chris Newfield at 9:34 AM
Share