A University Without Shared Governance is Not a University 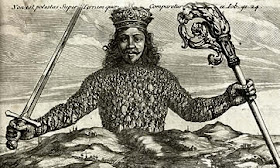 By Jennifer Ruth, Portland State University
Tenure is what makes shared governance real and shared governance is one of the primary reasons faculty need tenure so it’s no surprise that the “University of Wisconsin System Omnibus Motion” explicitly guts shared governance while going after tenure: “Delete current law specifying that the faculty of each institution be vested with responsibility for the immediate governance of such institution and actively participate in institutional policy development.” Governor Walker’s target audience is not the higher education community: it is the Republican Party. In Locus of Authority: The Evolution of Faculty Roles in the Governance of Higher Education (2015), William Bowen and Eugene Tobin—two men with long careers in higher education—want much the same thing as Walker but since we (people involved with higher education in one way or another) are their audience, they’ve worded their arguments a little differently. Indeed, one might read their book and, along with Colleen Flaherty of Inside Higher Ed, conclude that it “offers neither a wholly faculty- nor administration-driven perspective [but rather] seeks to deliver a friendly but urgent message about the importance of shared decision-making to higher education's future.” However, this would be a serious misreading.

Bowen and Tobin argue that universities must rewrite their rules so as to meet the demands of the twenty-first century. If they intend to reclaim their role as “engines of mobility,” institutions of higher education need to feature strong leadership at the presidential level, to use technology aggressively, and to implement what they call a “professional teaching staff.” About this last, they write:

“There is, in our view, an important opportunity at this particular stage in the evolution of faculty roles for new thinking about structures. The benefits of new thinking could be substantial. . . . Universities would be well-advised to acknowledge (as some already are) that full-time faculty have been filling essential teaching roles for many years, and to move expeditiously to consider creating analogous ‘professional teaching staff’ structures. Tenure-track faculty should cooperate with such efforts and not simply bemoan reductions in their relative numbers. There is surely a place in academia, and it should be a respected place, for talented individuals who do not aspire to publish the truly distinguished work of scholarship that would make them top candidates for a tenured position...” (161)

Eligibility for tenure is not part of the deal: “We do not think the conferring of tenure is necessary or desirable for professional teaching staff, given institutional needs to preserve staffing flexibility.” (163) Note that they invoke “flexibility” only moments after citing the long-term (“many years”) and “essential” reality of current teaching faculty.

Bowen and Tobin do not acknowledge the importance of job security for the exercise of academic freedom. Instead, they claim that faculty on fixed appointments can enjoy what they repeatedly refer to as “basic” academic freedom. The teaching staff should have, they write, “some basic organizational protections for the core elements of academic freedom.” (163) (It is telling and related that they never use the word “professor”—just “teachers” or “staff.”) Buried in the middle of the book is this: “Core values of academic freedom should not be tied too tightly or too narrowly to tenure-track or tenured faculty." (164)  Tenure does not make good on the promise of academic freedom; rather, it is a recruitment tool and reward, applicable only to the “truly distinguished.” In short, it is a status symbol.

Bowen and Tobin do not explain how their position on the undesirability of tenure for teaching relates to their position on shared governance. But we can figure it out by recalling that much earlier in the book they pointed out that the erosion of tenure has weakened the collective faculty’s power with administration. The fewer the number of tenure-track positions at an institution, the weaker its shared governance. By explicitly discouraging tenure for teaching, and telling tenure-track faculty not to “bemoan” their shrinking numbers, while simultaneously explaining that faculty’s role in shared governance has declined with tenure’s decline, they come down on the side of “strong leadership” not “shared decision-making.” Whereas “academic freedom” is airy and immaterial in this book, “shared governance” is just doublespeak.

The locus of authority for The Locus of Authority is top administrators and their Boards while faculty authority is restricted to curricular matters narrowly defined; delivery methods, encompassing online development, are not faculty purview, for example. They add that one “critical” reason why faculty should be denied substantial influence in governance is that they have “a conflict of interest.” (151) Viewing tenure as a status symbol, they appear to willfully disregard its original rationale as developed by the American Association of University Professors (AAUP): the provision of a high degree of job security so that faculty can negotiate difficult matters with relative objectivity.

Bowen and Tobin take great pleasure in comparing and contrasting the leadership styles of various University presidents but their digressions about specific individuals should not distract readers from their overarching point: strong presidents who consult with faculty render shared governance unnecessary. Strong presidents are bosses – smart, charismatic, persuasive bosses but bosses. For them, this is a good thing, because shared governance is in fact the major obstacle preventing institutions from responding effectively to the challenges of the 21st century.

It’s not hard to connect the dots. A professional teaching staff “solves” the problem of a toxic labor system by legitimating faculty through regularized contracts and inclusion in governance. Inclusion in governance of non-tenure track faculty, in turn, “solves” the problems they perceive with shared governance by ensuring that the majority of faculty are not peers empowered to deliberate upon the university’s interests as a whole but are managed employees.

Since the American Association of University Professors issued its 2012 report The Inclusion in Governance of Faculty Members Holding Contingent Appointments, the idea that the majority of faculty participating in governance might be doing so without tenure has become increasingly accepted. Should the unlikely bedfellows created here --AAUP activists wanting justice for NTT faculty on the one hand, administrators wanting less interference from faculty on the other—give us pause?

As more and more non-tenure track faculty are involved in service and governance at various institutions, a new story is taking shape—that of a seemingly egalitarian world exposed as a cut-throat workplace under the strain of budgetary crises or hiring disagreements. In places where off-track faculty are involved in service and governance, equality has not somehow reigned but rather a pretense of equality that papered over a Glengarry Glen Ross reality.

Take a 2009 Academe article entitled The Unhappy Experience of Contingent Faculty.The anonymous author describes life at his or her university before and then after the 2008 recession:

“Working across disciplines in teams, the faculty appears cohesive, with little distinction made between those on and off the tenure track. In fact, NTT faculty serve on annual merit committees with tenured faculty and the same criteria used to assess the performance of the nontenured are applied to the tenured. In other words the college seems to run in a fairly egalitarian manner. In the 2008-2009 academic year, however, this egalitarian approach changed.”

She or he describes an ugly post-recession world of secret ballots distributed only to tenure-track faculty, reductions of positions made for financial reasons passed off as curricular modifications, and the replacement of “Professor” titles with the term “lecturer,” etc.

The anonymous writer ends the piece by recommending that universities “treat [NTT faculty] with the same respect as tenure-track faculty” and that they be given “a voice in governance.” But this is what she or he argued they in fact already had before 2008-9. The next recommendation seems more to the point: “Administrations should review cuts to such faculty positions with the same due consideration they would give to tenure-track positions.” Is it realistic, though, to ask administrators to treat two groups of workers with different contractual status the same? Could they legally do so if they wanted to? The more logical conclusion for the writer to draw from his or her experience is that real equality means equal eligibility for tenure.

Like Bowen and Tobin, Michael Bérubé and I also argue that universities that turned to off-track faculty with higher teaching loads after 1970 must now legitimate these faculty. We contend, however, that the only way to do so honestly is through the tenure system. For shared governance to survive as the defining feature of the American university, the majority of non-tenure track teaching-intensive positions must become tenure-eligible.  The difference between a university in which the majority of faculty are tenure-eligible and one without tenure (or one in which tenure is reserved for a research-focused minority) is not the difference between one model of higher education and another.  It is the difference between an institution with academic freedom and one without it.