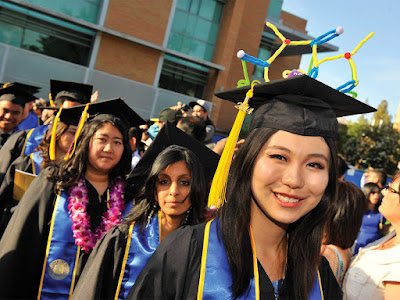 Dear President Drake and Members of the UC Board of Regents,

We write to you today with our backs against the wall. As department chairs and program directors in the most racially diverse college at one of the two most racially diverse campuses in the University of California system, we in UC Riverside’s College of Humanities, Arts, and Social Sciences (CHASS) and our staff and faculty colleagues across UCR have been struggling for years to make ends meet. Already chronically underfunded by the state, UCR was devastated by the budget decisions made by then-President Yudof and the Regents at the height of the Great Recession. We have worked in staggeringly understaffed and underfunded conditions since then. Yet on top of our chronic underfunding by the state, we now face an additional – and permanent – 11 percent budget cut. This is not just unsustainable financially, it is unsupportable on grounds of fairness, equity, and most importantly, of racial justice – pillars of the University of California’s mission.

UCR’s budget is made up almost entirely of salaries and benefits – in CHASS, the proportion is 98 percent. Thus any permanent budget cut inevitably is a cut in people. We hemorrhaged staff and faculty during the Great Recession, and although we have been able to hire additional faculty in subsequent years, our student population has grown rapidly enough to largely outpace those gains, leaving us severely overcrowded and still struggling to rebuild. Our world-class research university already operates on a shoestring; further cuts would be devastating. For many of us, this pattern of systemic neglect and chronic underfunding of a university serving a student body composed of at least 85 percent students of color is troublingly reminiscent of redlining, the practices consolidated after the Second World War that devastated thriving neighborhoods made up predominantly of people of color. We are writing to implore you to stop the redlining of UCR.

With roots stretching back to the turn of the twentieth century, UCR has a distinguished history in the UC system. A former agricultural experiment station, UCR was meant to serve as a flagship undergraduate institution in the UC system, serving the Inland region of Southern California. UCR is second only to UC Merced in the percentage of students of color, has one of the highest percentages of Pell grant recipients in the nation, and serves a student body that is well over 50 percent first-generation college students. Yet our increasingly brown and working-class campus has frequently been overlooked or sidelined within the UC system.

This is not simply a symbolic move; even after a post-recession reconfiguration of the UC system’s distribution of state funds to its campuses, UCR currently receives approximately $8,500 per student, whereas UCLA receives closer to $11,500 and the Berkeley, Davis, Irvine, and San Diego campuses receive $10,000. Yet our student-to-faculty ratio is higher than the UC system average, and our student-to-staff ratio is fully 38% higher. We applaud the recent “re-benching” decision that will bring the funding of UCR and other under-funded campuses to within 95 percent of the systemwide per-student average by 2024. But as with redlined neighborhoods, the damage to UCR’s resources from decades of neglect cannot be reversed simply by bringing our support from the system up to an amount that is only slightly below average rather than grossly below average, nor will the phased-in implementation of this plan help us avoid devastation in the present moment. We were facing an 11 percent budget cut before the announcement of the re-benching; we are facing the same budget cut after its announcement, because rebenching is not enough.

It takes more funding, not less, to create an educational environment in which first-generation college students and students of color can thrive. UCR has been lauded for closing the gap in graduation rates between white students and students of color, and for the past two years US News and World Report has ranked us the top US university for social mobility. We have an internationally renowned faculty that includes two Nobel Laureates, close to fifty Fulbright and National Endowment for the Humanities Fellows, and nineteen Guggenheim Fellows. But in addition to being highly accomplished researchers, scholars, and artists, our faculty are something more: many of us came to and have remained at UCR because of our deep commitment to serving first-generation and BIPOC (Black, Indigenous, and people of color) students. UCR educates Californians – 96 percent of our students are California residents – and in return, because we do not expand our budget with out-of-state tuition, we suffer. Were all UC campuses facing the same dire circumstances, we would weather the storm shoulder-to-shoulder with them. Instead, we are being left out in the cold yet again: when many colleges at other UC campuses are losing only two to three percent of their budgets, we are facing the stark decisions demanded by an 11 percent permanent budget cut. This abandonment by the President’s office and the Board of Regents is a demoralizing example of structural racism.

For nearly a year, we have all witnessed the disproportionate impact of both COVID-19 and the pandemic-induced recession on BIPOC communities, some of them the same communities devastated by redlining and nearly destroyed by the Great Recession. Communities subjected to decades and, in many cases, centuries of systemic racism have few of the resources that have helped many white communities to remain safe and financially solvent during this crisis. Systematically deprived of resources through decades of neglect, our campus – with one of the brownest and poorest student bodies in the entire UC system – is facing economic devastation. How will staff who already do the work of two people take on more, if we have to cut our staffing even further? How will departments that are already stretched to breaking stretch further? Should we increase our teaching load even more, and destroy the stellar educational system we have built in favor of an impersonal factory model? Should we turn away from our research and creative production and deprive our students of the cutting-edge insights and opportunities afforded by a world-class faculty? With a globally engaged student body, should we meekly accept the elimination of UCR from the UCDC program and others like it? The UC system clearly believes that students at other UC campuses deserve these opportunities; are our students any less deserving?

The correlation is glaring between the fact that we serve one of the highest numbers of BIPOC students in the system, the historic lack of systemwide investment in our campus, and the offer of a solution that brings the UC system’s support of us to less far below average over the course of the next several years. In a time of long-overdue attention to the destruction wreaked by systemic racism in the US, it should finally be clear that UCR’s students deserve a fully equal investment from the UC system, including support to correct for years of economic marginalization. It’s time to stop redlining UCR.

Jason Weems, Chair, Department of the History of Art