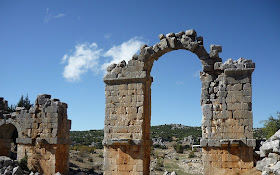 Governor Brown released his May Revision of the California budget.  His higher education revisions suggest little beyond his continuing refusal to recognize the challenges of contemporary higher education and the social need for an expanded and deepened system of tertiary education.

Perhaps the most significant new element in the Governor's proposals is his announcement that, if either CSU or UC choose to raise tuition, the state will lower its general funding in the exact amount that the State must increase funding in Cal Grants to cover the raised tuition (7). As Dan Mitchell has pointed out, this does not mean that either UC or CSU will lose all the revenue from tuition increases.  They may therefore be tempted to raise tuition.  But it does mean that the Governor is setting the most important source of tuition aid for Californians against the general needs of improving the campuses.

As early as 2013 then Speaker John Pérez warned that UC could not expect the State to "buy out" proposed tuition increases and during the tuition freeze the state warned that it would lower base funding if the sectors increased tuition.  But the State did increase general fund revenues last year--even with tuition increases.  Now the governor is refusing to do that again and playing a game of explicitly setting off the financial needs of poorer students against the funding needs of improving education.  Not only has he offered a lower base increase (3% as opposed to the 4% that had been expected under his compact with President Napolitano) but he is now proposing that Cal Grant funding be treated as a trade-off for base funding.  He is thereby reinforcing Sacramento's insistence that spending on student financial aid be counted as part of the calculation of state funding for UC and CSU.

There are some positive one-time allocations for deferred maintenance and selected programs at the two sectors.  But one time allocations are band-aids.  They do little to address the strain on faculty, staff and students caused by the increases in enrollments during the long decade of reduced state funding.  They do little to address the long-term capital needs of both CSU and UC.   The Governor has gone on record as insisting he doesn't "know what a legacy is."  That's just as well.  In higher education at least it isn't a pretty one.