What Kind of World Do You Want to Live In? 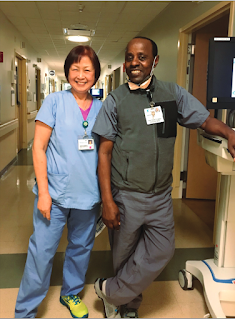 Tonight, your commencement speaker was supposed to be John Perez, three-term California Assemblyman from Los Angeles, speaker of the Assembly from 2010-14, Latino and the first openly gay Speaker in the Assembly’s history.  Perez played a leading role in raising California’s minimum wage, improving access to higher education for working and middle class students, shepherding bills supporting green technologies and urban development, promoting jobs for veterans, and subsidizing childcare and healthcare for the disadvantaged.   Before entering electoral politics, Perez was a labor organizer and political adviser for the grocery store workers union.  He also worked in LA on behalf of immigrants, tenants, HIV/AIDS groups, and coastline conservation.  Since 2014, Perez has been a UC Regent, where he has worked to cap tuition and improve access and matriculation by under-represented minorities.  Perez has dedicated his political life to the under-served, vulnerable, neglected or threatened….not simply anointing their wounds but seeking ways to empower them.

John Perez is not here tonight because the American Federation of State, County and Municipal Workers (AFSCME), the union representing 24,000 employees across the University of California system, reached an impasse in its negotiations with the university and called for a series of labor actions, including last week’s strike.  AFSCME seeks for its members a modest annual pay increase and is also resisting the University’s effort to raise the retirement age and increase health insurance costs while reducing retirement benefits for new workers.  The union is also trying to limit the practice of “contracting out”—replacing workers directly employed by UC with labor provisioned by companies offering lower wages and benefits.  So AFSCME is fighting to preserve a minimally decent form of life for those who sustain our campuses—cleaning it; tending its grounds and gardens; preparing and serving food; staffing the hospitals, labs and law schools.  AFSCME is fighting the steady disintegration of a social compact designed to ensure that full time workers can obtain life necessities, have relative job stability and a comfortable retirement.   It is fighting the University’s own embodiment of the steady intensification of income inequality in the US, as the gap between the highest and lowest paid UC employees has increased dramatically over the past decade.

AFSCME asked public servants invited to speak at Commencement ceremonies to support their labor action by withdrawing from the ceremonies.  Last week, Senator Kamala Harris withdrew from the campus-wide commencement.  John Perez withdrew from ours.  This is disappointing, of course.  You only have one college graduation and AFSCME messed with it.   I heard a few students grumbling about this and also about how stressful it was as the strike disrupted campus services during finals week.

But when these interruptions and inconveniences occur, when our dreams, ambitions and milestones are striated by cries for justice or earthly preservation, they pose a question we may want to move to the front of our impatient, anxious, wanting-everything-to-be-perfect minds:  “What kind of world do we want to live in?”  One in which the nightshift janitors cleaning classrooms for decades or health care workers bathing patients over at UCSF hospitals can pay rent, afford healthcare, send their kids to college and someday retire?  Or one in which the woman selling you snacks at Golden Bear is suddenly laid off when food service is outsourced to a company with lower wage minimums and worker benefits?  Do we want to live in a world in which eight men hold as much wealth as the nearly 4 billion people comprising the world’s poorest half?  In which the black infant mortality rate in the United States is more than twice that of whites, and more black men in their twenties are in prison than college?  A world in which one in twelve human beings on the planet now inhabits those ever-growing shanty towns built from the refuse of civilization and largely cut off from the basic features of civilization--work, education, sewers, potable water, protection from weather?  In which species extinction proceeds at an unprecedented rate and climate change has become a near rather than distant existential threat?  Or do we want to live in a world in which we redeem the promise that human beings can cultivate justice and a healthy planet, not only be driven by market imperatives or be tossed about by their vicissitudes.

What kind of world do we want to live in?  How can we burden you with this question, you who are just beginning your adult life?  You who did not make this world filled with so many troubles and terrors?  You whose own futures are beset with so much uncertainty, whose prospects for home ownership are scant, whose social security my generation threatens to devour?   How dare we ask you to think about world-making when what a college education guaranteed a mere generation ago—a stable income, comfortable housing, adequate health care and, with luck, interesting and meaningful work—has been replaced by competitive unpaid internships, contract employment, whole industries and professions upended over night, urban housing crises scattering even the middle class to the hinterlands and scandalously priced professional schools inviting decades of debt-servitude?  How, amidst your anxiety about surviving, let alone thriving, and after previous generations have made such a mess of things, could we task you with this?

This question is never harder to heed than when it challenges your good fortune:   when you are faced with plans for a low-income housing development or rehab facility in your neighborhood, when improving schools or building a park or swimming pool for kids in another part of the city would take a tax bite out of your paycheck, when responding to needs of workers who sustain this university might mean caps on faculty and administrative salaries and even increases in student fees.  The question is also hard when it comes into your social world:  When the MeToo movement has left you, a man, reeling and confused about how to inhabit your masculinity, or how to talk with co-workers about troubling ways you may see them inhabiting theirs.  Or when Black Lives Matter has left you, a white person, stunned about how ordinary, how truly ordinary, is the phenomenon of white people calling cops on black people sitting on a bench, using Airbnb, dozing in a college lounge or having a business confab at Starbucks…but still you find it hard to interrupt your white friends complaining about how much Black people complain about racism.

“What kind of world do you want to live in?”   The hardest challenge this question delivers to those of us in groups with historical advantage comes when we have to dismantle that advantage. When seats at top law schools are scarce, when good jobs at non-profits are precious, when internships with politicians are gold, when academic positions are shrinking, when working for a great start-up or big tech company is a dream, it is hard to accept graciously and without rancor the importance of holding the doors open extra wide for those from historically excluded groups.  Why should you pay personally for the racism or sexism of the past?  This is when switching the question from “what is fair” to “what kind of world do you want to live in” is crucial and can be life-changing.   Do you want to live in a world where the top echelons of the top professions remain mostly white and male? Where women and people of color disproportionately fill the social and economic basement?  Where the administration and senior faculty of your university are mostly white and the cooks and janitors are mostly black and brown?   The point is not to shift the question from one about yourself to one about the world—it is not to replace selfishness with selflessness or become creatures of bottomless sacrifice.  Rather the point is to mix the questions of what you want to be and do with what you want this world to be, and let that mixture pave your way in the adult world.

I am not tasking you with addressing all the world’s problems or with dedicating all day every day to political activism.  Not even someone as justice-minded as John Perez does that. Nor is this a sermon about ethical living –reducing your carbon or injustice footprint, which is fine but not the issue here.   I am suggesting a way to frame some of your biggest and smallest decisions.  What do you support, with whom do you stand?   What do you oppose?  And what do you do when challenges come, unbidden, into your midst, as the AFSCME strike did when it broke into your final week on campus and your graduation?

Asking yourself “what kind of world do I want to live in” invites you to imagine utopias--in which there really is equal opportunity for all human beings to realize their dreams; in which there are no women abused, children trafficked, peoples colonized, species imperiled, mountain tops blown off and coastal waters drilled for dirty energy;  no slums, homelessness, wars, refugees or climate change, no racialized and gendered orders of regard and treatment.  But this question also invites you, in the ordinary thrum of life, to find the grace, and not only the grit, to greet every crossroad, and every surprise on the road, as an occasion to choose on behalf of the world you want live in.

The 24,000 AFSCME workers of UC intruded their struggle for justice into the celebration of your extraordinary achievement today.  Perhaps that intrusion is a gift to the Class of 2018—not tarnishing your moment but enriching it. As we applaud your hard work, congratulate you on your soaring accomplishment, and cheer on your brilliant and promising futures, let us affirm what is also here, marked by John Perez’s absence:  a call to make the kind of world you want to live in.   As we celebrate you tonight, rather than sidestepping or ignoring the union’s quest for a decent existence for all, I invite you to incorporate its spirit into yours.