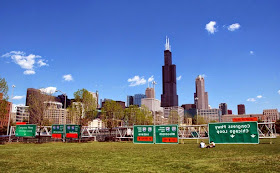 I've been buried in final book manuscript revisions, and have been noticing that I'm increasingly using the term "management" rather than "administration" in my analyses of university governance.  Part of the reason is that my employer, the University of California, uses Senior Management Group as a formal employment classification.  But it's also because the friendlier aspects of the term "administration" seem decreasingly part of everyday academic life.   Friendliness was administration as support structure, as collaborator, as partner, as the entity that did not take orders from obnoxious egocentric faculty prima donnas the way that frontline staff often had to do, but that accepted balanced power relations  and a certain mutual respect that could make decisions move relatively quickly and equitably.  It would avoid command and control of the kind that prevailed in the army and in most corporations, where executive authority consisted of direct rule over subordinates.

Of course I idealize the university as a bastion of mutual consent.  The AAUP and other organizations on the ground had to struggle to maintain some balance of power between academic and non-academic personnel.  Financial control and "decision rights' were formally top down: check the many powers of the UC president as one example. But for decades if not centuries the university stayed relatively close to a kind of collegium, to use Jim Sleeper's preferred term, in which it was the embodiment of educational practices that rested on the accumulated knowledge of its faculty, that were expressed in teaching, research, and public service with students, staff, and the larger public, and that required meaningful self-governance to be effective.  For these practices to be really good, to be meaningful, they had to be governed by the knowledgeable ones, the people who were inside and enacting the day-to-day practices.  This was not a mystical quasi-religious doctrine but the foundation of professional expertise as it allowed almost any kind of complex skill, white-collar and blue-collar alike.  Even if the senior administrators came from the faculty, they were expected to take seriously and not lightly overturn the judgements of active faculty whose human capital was of a newer vintage, to use the term of an education economist like Walter McMahon.   The model tried to make unilateral authority very rare.

But like many of us, I am now often using the term academic management because that unilateral authority has become so common. It is the rule in the UK university now, and to an extent that would surprise many Americans. It is increasingly common in the US.  The most famous recent case was the rescinding of the hire of Steven Salaita at the University of Illinois at Urbana-Champaign. The AAUP has released its report on that case, which sweepingly rejects the manner in which administrative authority was used.  It argues that that sort of managerial power is not compatible with academic freedom and established professional practices.

We've just heard about another kind of case at another University of Illinois campus--UI Chicago.  Here senior administrators rescinded hires in innovative cluster programs without faculty consultation, and in areas of special interest to that campus's special student population.  A number of faculty have detailed their grievances with the process and decision, and we've posted their letter with signatures.  It's an interesting local issue with national resonance.
Chris Newfield at 10:29 AM
Share