The LAO and Permanent University Austerity 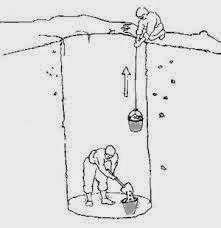 The big story in Higher Education this year has been the threat of massive budget cuts.  From Wisconsin to Louisiana, from Kansas to Arizona, and from Maine to North Carolina, state governors and legislators have proposed or enacted cuts to public colleges and universities. Although the outcome of this year's budget struggles remain uncertain, it does seem clear that California is not going to impose new cuts. Instead we seem to be battling over the size of small state funding increases.

That contrast between California and other states might appear to be grounds for confidence in the future.  But that would be premature.  Although the state has increased funding over the last several years and is proposing a small increment this year--it is important to recognize not only that these increases do not compensate for the years of cutbacks but that they help to solidify a strategy of permanent austerity budgeting.

If made correctly, there are good arguments for a greater linkage to tie funding to enrollment and to ensure that funding goes to support that enrollment (for instance ensuring that a new permanent faculty FTE is hired for every 19 additional students as is assumed in the financial calculations). (4) But the way that the LAO seeks to organize enrollment funding is less defensible and also revealing.

The logic of enrollment funding ties increase state support to the marginal costs of additional students.  The LAO calculates the marginal cost at $9244 for general campus students (UC's is slightly higher but I am going to use the LAO's). (8)  The LAO recommends setting the present year as the baseline for enrollment--which would also lock in the per student funding as it now exists as a baseline.

They propose that present enrollment be considered the baseline because it would avoid a conflict over whether funding should go for increased enrollment or to answer UC's claim that there are significant numbers of unfunded students.  But here is where the problem lies. Instead of providing a way to address the conflict over whether or not the state is fully funding students, the LAO simply eliminates the question by refusing to engage with it.  And that has serious implications.

The easiest way to do see these implications is to accept the LAO cost logic and then look backwards over the last decade and one half.  To be sure this means that all of what follows are estimates--but I think that the general picture is clear.

The numbers, although approximate, are clear.  The LAO's proposal on enrollment funding would lock UC into a permanent structure of state austerity.  Although the state does pick up some of these losses through Cal Grants they do not recover all--nor do they even begin to backfill the long-standing under-funding of the University.  Students, staff, and faculty have been forced to assume the costs of this austerity--whether in terms of higher tuition, larger classes, or increased workloads.  By all means have the state engage in enrollment funding. But also have the state fund that enrollment at an adequate level, and allow it to rise as costs and educational needs change.